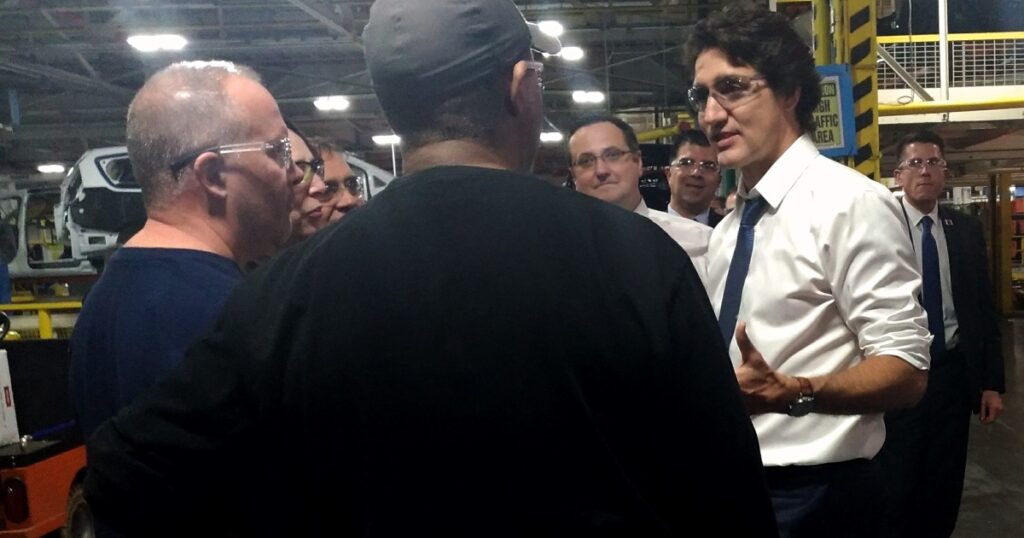 “We know Canadians want to be able to buy electric vehicles; that’s why mandates are so important,” Trudeau told reporters following his tour of the minivan plant. “But that’s also why we need to make sure we’re building up a world-leading [EV battery] ecosystem in North America to deliver those. And I don’t think anyone ever faulted Canadians for being too ambitious.”

His government, he added, is focused on making Canada a global leader in the fledgling electric-vehicle industry.

“As Wayne Gretzky said, ‘where the puck is going, not where it is right now.’ The world is going in that direction. And Canadians are not just going to follow; we’re going to lead through it. And that’s what people want to see.”

Industry associations representing domestic auto companies and suppliers have said the proposed ZEV mandate does not address the long-standing hurdles, such as insufficient charging infrastructure, that are preventing more Canadians from purchasing EVs.

Under the proposed legislation, unveiled Dec. 21, one-fifth of all new passenger cars, utility vehicles and trucks sold in Canada by 2026 will have to be ZEVS.

By 2030, the mandate will require that 60 per cent of all sales be ZEVs. And by 2035, every new passenger vehicle sold in Canada will need to be of the zero-emissions variety, under Environment Minister Steven Guilbeault’s plan.

Automakers also have complained that the current federal EV consumer rebate of up to $5,000 isn’t enough to spur sales, and should be doubled to $10,000. When asked whether the Liberals would consider increasing the subsidy, Trudeau instead pointed to ongoing supply-chain shortages, which have been hobbling global production.

“One of the challenges people are facing right now is really long wait lists for electric vehicles,” he said. “We know that the demand is super high.”

Canada, he said, will continue to invest in the country’s  “zero-emission vehicle ecosystem to make sure we’re able to meet the rising demand.”

He also said Canada is pushing for a North American solution to challenges such as the global microchip shortage, which was a key topic of discussion at the recent summit with U.S. President Joe Biden and Mexico’s Andres Manuel Lopez Obrador.

“We were talking about how we need to continue building up a really strong semiconductor microchip ecosystem across North America,” Trudeau said.

North American industry can no longer rely on supply chains from China or politically incompatible countries, he said, adding that Canada needs to bolster its microchip production.

“We have an extremely large plant in Beaumont, Que., that is part of the supply chain and ecosystem for semiconductors. And there’s more to do.”