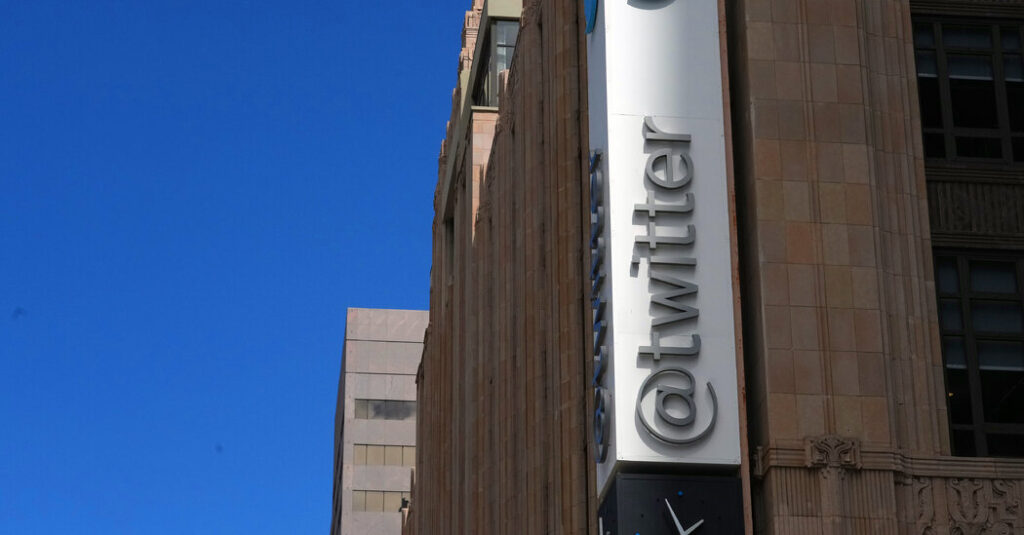 
Twitter said on Tuesday that it had sued the Indian government, escalating the social media company’s fight in the country as Prime Minister Narendra Modi seeks more control over critical online posts.

Twitter’s suit, filed in the Karnataka High Court in Bangalore, challenges a recent order from the Indian government for the company to remove content and block dozens of accounts. Twitter complied with the order, which had a Monday deadline, but then sought judicial relief. A date has not been set for a judge to review Twitter’s suit.

The suit is the first legal challenge that the company has issued to push back against laws passed in 2021 that extended the Indian government’s censorship powers. The rules gave the government oversight of Twitter and other social media companies, allowing the authorities to demand that posts or accounts critical of them be hidden from Indian users. Executives at the companies can face criminal penalties if they do not comply with the demands.

The laws have been met with an outcry from Twitter and other social media platforms, which view India as an essential part of their plans for long-term growth. The companies have argued that India’s rules allow the government to broadly censor its critics, and that they erode security measures like encryption. But Indian officials have said the law is necessary to combat online misinformation.

Twitter is not seeking to overturn the laws, but it argues in its suit that the government interpreted those laws too broadly, said a person with knowledge of the filing who was not authorized to speak publicly.

The Indian government urged Twitter on Tuesday to follow the rules. “It is everyone’s responsibility to abide by the laws passed by the country’s Parliament,” Ashwini Vaishnaw, the minister of electronics and information technology, said at a news conference.

Mr. Modi and his ruling Bharatiya Janata Party have worked for several years to corral the power of the tech companies and to more strictly police what is said online, using the new information technology laws to clamp down on dissent. Twitter, for example, has been told to remove content related to complaints about civil liberties, protests, press freedoms and criticisms of the government’s handling of the pandemic. WhatsApp had been told that it would be required to make people’s private messages “traceable” to government agencies upon request.

In addition, the new rules required social media companies to employ executives based in India to ensure the companies complied with government requests to remove content and to block accounts. If those actions did not happen, the executives could be held criminally liable and could face jail terms of up to seven years.

Twitter previously criticized the government’s tactics and called on it to respect freedom of expression. The company said India’s laws were being used “arbitrarily and disproportionately” against the company and its users, many of whom are journalists, opposition politicians and nonprofit groups.

Twitter’s suit follows legal action last year by WhatsApp, the messaging app owned by Meta, against the country’s new laws. WhatsApp asked the Delhi High Court to block the enforceability of the rule dictating that it make user’s messages traceable. In regard to the WhatsApp case, the government has said that the right to privacy is not “absolute” and that it “is subject to reasonable restrictions.”

That case is pending.

Twitter sued governments in the past to defend anonymous users or to object to censorship. In 2014, the company sued the United States, claiming the government inhibited Twitter’s free speech rights by blocking the company from disclosing information about surveillance. That lawsuit was dismissed in 2020.

In 2017, Twitter sued the United States again to block the government from unmasking an anonymous account that criticized the Trump administration’s immigration policies. The government dropped its demand after Twitter filed its lawsuit.

Elon Musk, the chief executive of Tesla and SpaceX, who is in the process of buying Twitter for $44 billion, has said the company should relax its content moderation policies and allow tweets to remain on the platform unless they violate local laws.

Twitter’s suit against the Indian government is part of a broadening battle between the biggest tech companies and governments around the world over who has the upper hand. Australia and the European Union have drafted or passed laws to limit the power of Google, Facebook and other companies over online speech, while other countries are trying to rein in the companies’ services to stifle dissent and quash protests.

Experts said the Indian government’s move to force Twitter to block accounts and posts amounted to censorship, at a time when the government is accused of weaponizing a loose definition of what content it finds offensive to go after critics.

In February 2021, Twitter permanently blocked more than 500 accounts and moved an unspecified number of others from view within India after the government accused them of making inflammatory remarks about Mr. Modi. Twitter said at the time that it was taking no action on the accounts of journalists, politicians and activists, saying it did not believe the orders to block them “are consistent with Indian law.”

In May 2021, the police in India raided Twitter’s offices after the company decided to label tweets by politicians from Mr. Modi’s party “manipulated media.” Those tweets attacked opposition members who had been using the platform to criticize Mr. Modi and what they called his government’s stumbling response to the pandemic.

And in recent weeks, the police in New Delhi arrested Mohammed Zubair, a co-founder of a prominent fact-checking website, for a 2018 tweet that shared an image from an old Bollywood film. The government said the image was causing communal disharmony, after a Twitter account with just a few followers and only one tweet complained about it and tagged the Delhi police. That account disappeared soon after.

Last week, Twitter was ordered to block tweets from Freedom House, an American nonprofit organization that mentioned India as an example of a country where press freedom was on the decline.

“It is telling how an international report about India’s press freedom rankings is responded to with censorship, rather than debate and discussion,” said Apar Gupta, the executive director of the Internet Freedom Foundation. “It is an undemocratic and authoritarian response.”

Lawyers and technology experts said Twitter and other social media companies were caught between a rock and a hard place. They are required to comply with the country’s laws, but they are also challenging them to uphold freedom of speech in the world’s largest democracy.

“I think they are fighting a losing battle, because, on the one hand, they’re taking the government to the courts, but, on the other hand, they tend to cave in,” said Salman Waris, a lawyer at TechLegis in New Delhi who specializes in international technology law.