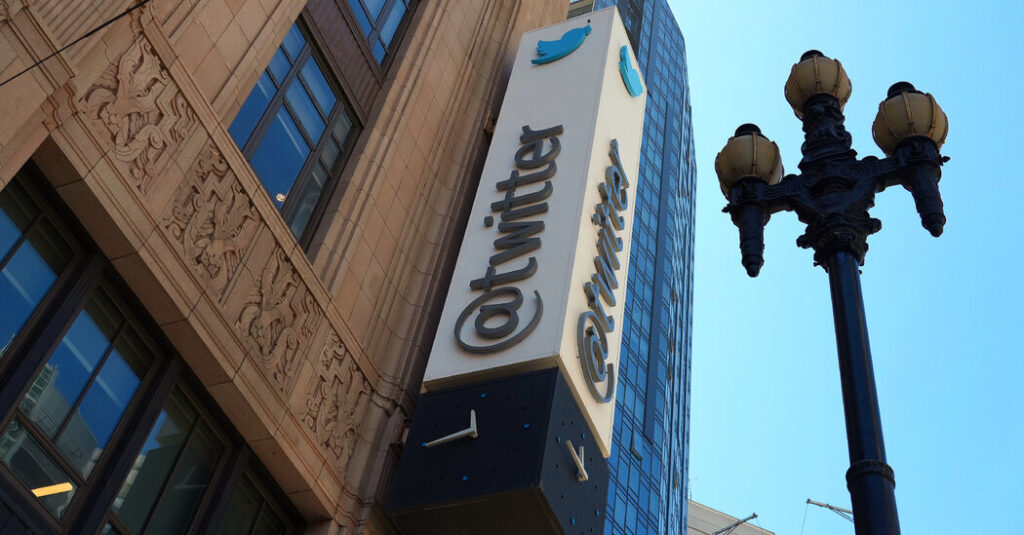 Twitter won its effort to expedite its trial with Elon Musk yesterday, in its lawsuit to force Musk to close his $44 billion acquisition of the company. So many people tried to listen to the proceedings that the dial-in hit capacity — and we hear advisers across Wall Street were huddled around speakerphones.

It’s a big win for Twitter. In granting an expedited hearing, Judge Kathaleen McCormick effectively repudiated the notion that the court needed to allow time for a deep dive into whether Twitter had accurately counted the number of bots on its platform. She cited the “cloud of uncertainty” that was hanging over the company the longer the case went undecided as the reason for her decision to fast-track the trial. And in what may be another good sign for Twitter, Judge McCormick said she was unsure that damages would be a sufficient remedy for the social media company, which wants Musk to buy it, not pay damages to walk away.

Please see Page 5. A centerpiece of Musk’s claims is that Twitter’s disclosures about the percentage of active users on its platform that are bots are misleading, which would have a “material adverse effect” on the company’s value. But Musk has yet to tell the court what, exactly, in Twitter’s disclosures might be false. This became an issue when Musk’s lawyer at Quinn Emanuel, Andy Rossman, took aim at Page 5 of Twitter’s annual report, which explains its bot count. But Twitter’s lawyer at Wachtell, Bill Savitt, in his rebuttal, noted that Twitter fills that page with hedges and warnings that numbers might be off. (It reads, in part: “Our estimation of false or spam accounts may not accurately represent the actual number of such accounts, and the actual number of false or spam accounts could be higher than we have estimated.”) Of Twitter’s disclosure, Savitt said: “This does not require a recreation of all things known to humanity.” Judge McCormick seemingly agreed.

The two sides are gearing up for a trial in October. Over the next weeks, they have to agree on schedules for depositions and discovery. And Musk will have time to prepare for another hearing before Judge McCormick that month: a defense of his whopping Tesla pay package — money that could come in handy if she forces him to buy Twitter.

Netflix loses fewer subscribers than expected. The streaming service reported yesterday that it lost nearly 1 million subscribers in the second quarter, far fewer than it had forecast. What’s more, Netflix said some of its strategies to stem losses, like an ad-supported option for consumers and a crackdown on password sharing, would boost revenue as soon as next year.

A heroic act in an Indiana mall shooting renews the debate over gun access. In the days since a 22-year-old armed bystander killed a gunman two minutes into a shooting spree, the U.S. is again debating the wisdom of easier access to guns. But an analysis of 433 active shooter attacks in the U.S. between 2000 and 2021 found just 22 had ended with a bystander shooting the attacker, according to the Advanced Law Enforcement Rapid Response Training Center at Texas State University.

The CHIPS Act passes a procedural hurdle in the Senate with more than 60 votes. The legislation, stalled for more than a year, gives chip manufacturers what they say is help they need to build factories in the U.S. The Senate is expected today to officially vote to pass the bill, which has been slimmed down and still needs to return to the House before it can go to the president.

Intelligence agencies say Russia remains a threat in elections. Top F.B.I. and National Security Agency officials warned yesterday that Russia could still seek to meddle or promote disinformation during the 2022 midterm races, even as it wages war in Ukraine. Iran and China also remained potent threats, the officials said.

The House moves to protect same-sex marriage from Supreme Court reversal. New legislation, which garnered some Republican support, would recognize same-sex marriages at the federal level, but it faces an uncertain path in the Senate. The move was a direct answer to Justice Clarence Thomas’s concurring opinion in the ruling last month that overturned federal abortion rights.

The loans that may haunt Silicon Valley

Tech workers have taken out loans in recent years based on the value of their start-up stock. But as the start-up economy has deflated, that may come back to haunt them, writes The Times’s Erin Griffith.

Start-up loans stem from the way workers are typically paid. As part of their compensation, most employees at privately held tech companies receive stock options. That’s where loans and other financing options come in. Start-up stock is used as a form of collateral for cash advances. The loans vary in structure, but most providers charge interest and take a percentage of the worker’s stock when the company sells or goes public. Some are structured as contracts or investments.

This lending industry has boomed in recent years. Many of the providers were created in the mid-2010s as hot start-ups like Uber and Airbnb put off initial public offerings of stock as long as they could, hitting private market valuations in the tens of billions of dollars.

Debate has ignited in Silicon Valley over the proliferation of loans backed by stakes in still-private start-ups. Proponents say the loans are necessary for employees to participate in tech’s wealth-creation engine. But critics say the loans create needless risk in an already-risky industry and are reminiscent of the dot-com era in the early 2000s, when many tech workers were badly burned by similar loans.

As the start-up economy deflates, these loans can be risky. While most are structured to be forgiven if a start-up fails, employees could still face a tax bill because the loan forgiveness is treated as taxable income.

“No one’s been thinking about what happens when things go down,” said Rick Heitzmann, an investor at FirstMark Capital. “Everyone’s only thinking about the upside.”

“The thing I’ve always been taught by my parents is to be the first one in and last one out. But there’s no one else there.”

— Alex Hyman, who pictured his internship at a Los Angeles entertainment agency this summer as being one part “Entourage” and one part “The Office,” but found it more like “Home Alone.” It’s a common experience in an age of remote-working bosses.

Anthony Scaramucci, who is famous for his 11-day stint as former President Donald Trump’s communications director, is facing a mass exodus of investors from his funds.

Earlier this week, Bloomberg reported that Scaramucci’s firm SkyBridge Capital had halted withdrawals from one of its smaller funds, Legion Strategies, which contains just over $200 million. But Scaramucci is also struggling to hold onto investors in SkyBridge’s flagship fund, the SkyBridge Multi-Adviser Hedge Fund Portfolios, which managed as much as $2 billion at the end of March. Its investments lost nearly a quarter of their value in the second quarter.

Investors in SkyBridge’s flagship fund are seeking to withdraw as much as $890 million, or about half of the money that it held as of the end of last month, Scaramucci told DealBook. But many of those investors will be stuck in the fund for a while. Under its rules, investors in the Multi-Adviser fund are only allowed to withdraw money during certain windows. Those used to occur four times a year, but SkyBridge cut them to twice a year in 2020, after big losses at the beginning of the pandemic. Earlier this month, SkyBridge told investors they would only collectively receive about 16 percent of the money they requested. The letter said it was issuing investors’ notes that would be paid no later than October.

Scaramucci’s losses come just over a year after SkyBridge’s pivot into crypto. SkyBridge’s flagship fund, which Scaramucci bought from Citigroup, has long specialized in buying and selling stakes of other hedge funds. For a time, that, along with strong performance in the years after the 2008 financial crisis, made Scaramucci one of the most powerful players in the hedge fund industry.

Scaramucci says he is still a long-term believer in crypto. The fund manager says that about 22 percent of his flagship fund remained in crypto and related investments as of the end of last month. “I am not smart enough to time the market,” he told DealBook. “But we’ve done a tremendous amount of research and we think anyone who has will see that blockchain technology is good and is the future.”