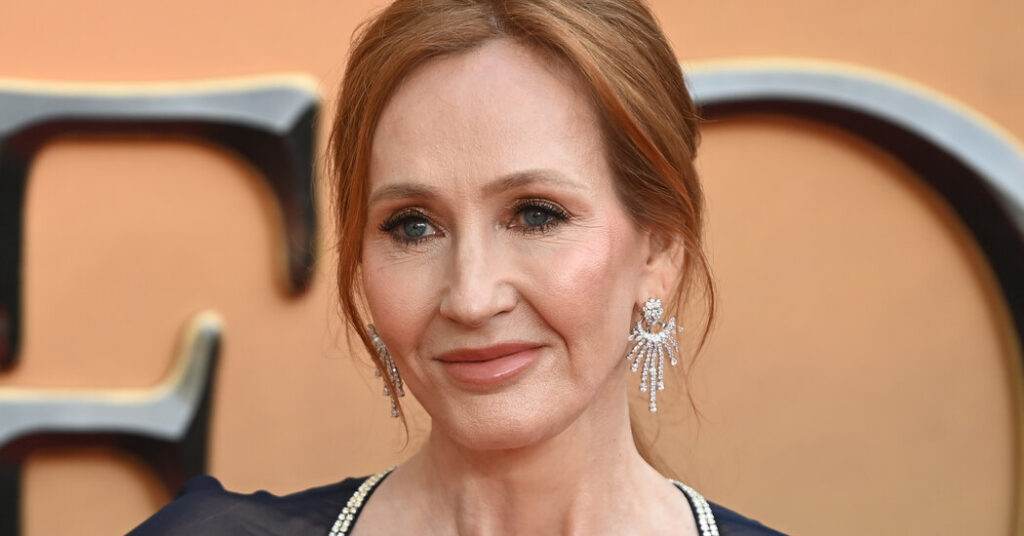 
The authorities in the United Kingdom said on Sunday that they were investigating an online threat against the author J.K. Rowling after she offered support on social media to Salman Rushdie, the novelist who was attacked last week at an event in western New York.

Hours after the attack on Mr. Rushdie, who was stabbed roughly 10 times as he prepared to speak at the Chautauqua Institution, Ms. Rowling tweeted her condolences. She first wrote on Twitter, “Horrifying news,” then added: “Feeling very sick right now. Let him be OK.”

In response, a user with the handle @MeerAsifAziz1 replied: “Don’t worry you are next.”

A spokeswoman for Police Scotland said that the authorities had received a report of an online threat against Ms. Rowling and that an investigation was ongoing.

On Saturday, Ms. Rowling, 57, who wrote the award-winning “Harry Potter” books, assailed Twitter for allowing the social media account that lodged the threat to remain active.

“@TwitterSupport These are your guidelines, right?” she wrote. “Violence: You may not threaten violence against an individual or a group of people. We also prohibit the glorification of violence…”

On Sunday, Warner Bros. Discovery, the entertainment company behind the “Harry Potter” film adaptations, offered a statement condemning the attack on Ms. Rowling.

“We stand with her and all the authors, storytellers and creators who bravely express their creativity and opinions,” the company said in a statement, which also offered condolences to Mr. Rushdie and his family.

“The company strongly condemns any form of threat, violence or intimidation when opinions, beliefs and thoughts might differ,” the statement said.

Mr. Rushdie went into hiding in 1989, shortly after the publication of his novel “The Satanic Verses.” The book, which contained fictionalized depictions of the Prophet Muhammad, offended many Muslims, and resulted in a fatwa, or religious edict, from Ayatollah Ruhollah Khomeini, the supreme leader of Iran, who urged Muslims to kill the author. In 1998, the country’s president said Iran no longer supported the edict.

As Mr. Rushdie prepared to speak at the Chautauqua Institution, a man, later identified by the police as Hadi Matar, 24, of New Jersey, stormed the stage and stabbed him. Mr. Rushdie remains in a hospital in Erie, Pa., and his agent said on Sunday that he was recovering.

Mr. Matar has pleaded not guilty in the attack.

PrevPreviousAuto suppliers are asking for contract relief
NextI Was Skeptical of Baby Gear. Then I Became a Dad.Next