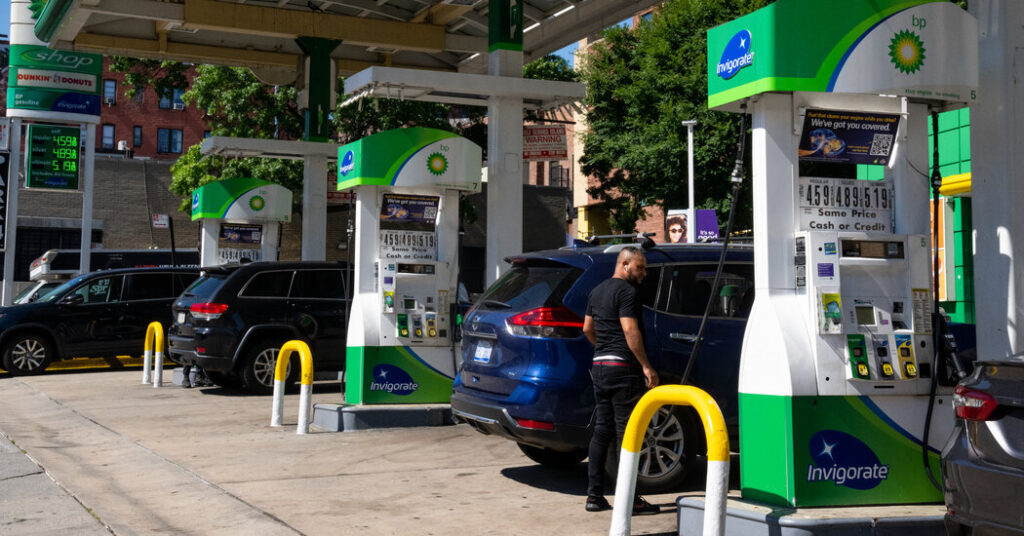 U.S. Oil Prices Fall Below $90 a Barrel for the First Time Since February


Oil prices continued to fall on Thursday, with U.S. oil futures dipping below $90 a barrel for the first time since the war in Ukraine began, as concerns about a slowing global economy worried investors.

Just two months ago, oil prices surpassed $120 a barrel, helping to push the national average price of gasoline to about $5 a gallon. But prices have steadily decreased with increased oil production, easing demand and broader recession fears.

“The biggest driver of this dip is really the fact that investors are turning their attention to the possibility of a recession and how that could impact demand,” said Faisal A. Hersi, an energy analyst at Edward Jones.

On Wednesday, the group of oil producers known as OPEC Plus agreed to increase production by 100,000 barrels a day in September, a small amount compared with the 650,000 added in July and August. Crude oil stockpiles also rose by 4.5 million barrels, according to data from the Energy Information Administration released Wednesday, surprising analysts, who expected inventory to fall.

Restricted supply and the war in Ukraine have driven up oil prices this year, straining countries grappling with an energy crisis. President Biden has blamed energy companies for profiteering at the expense of American consumers, who are struggling to pay high prices at the gas pump while managing other rising costs. Demand for oil, which was high at the beginning of the summer, has eased.

Fears of a recession in the United States have also spurred concerns that demand for oil will fall further, pushing prices down, Mr. Hersi said.

The crude oil stockpile increase “may have had a slight impact,” Mr. Hersi said, “but I think the bigger driver is really concerns about the possibility of demand coming down because of higher risk of a recession in the future.”

PrevPreviousJuly sales ‘depressingly weak’ even as microchips slowly come online
NextMeet the accountants who may become the new power brokers of taxes.Next