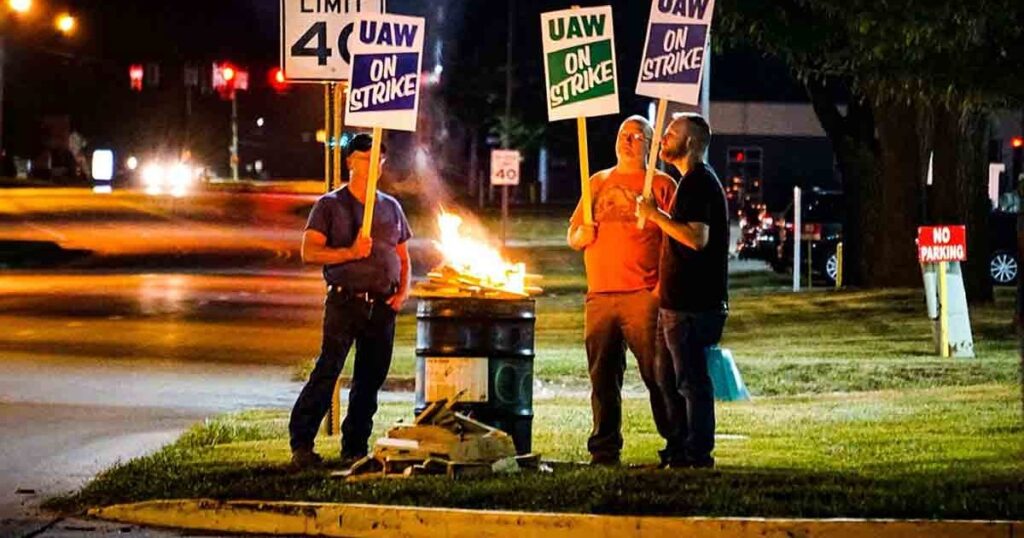 “Stellantis is pleased that members of UAW Local 1166 at the Kokomo, Indiana, Casting Plant have ratified a new local agreement,” the company said in a statement Tuesday. “Operations at the plant resumed with third shift on Monday, Sept. 12.”

A prolonged strike at the plant likely would have threatened Stellantis production throughout North America.

More than 1,000 union members at the Kokomo operations went on strike Saturday, but the union and management reached a tentative agreement on a new local pact early Monday, and workers ratified it that day.

Union members remained off the job while voting took place, a UAW spokeswoman said. The union posted an update to its website announcing the successful vote, but it did not disclose the vote count or share details about the agreement.

Efforts to reach Local 1166 and a spokeswoman for the UAW early Tuesday were unsuccessful.

The UAW said Monday its bargaining committee stood strong with the support of the striking UAW Local 1166 members to win an agreement that will correct “unacceptable” working conditions.

UAW President Ray Curry said the agreement was a “testament to UAW solidarity” and that “working conditions will greatly improve.”

“The environment in the plant has deteriorated over the years due to the company’s decision to save money by not properly maintaining or providing the proper HVAC in the plant,” Cindy Estrada, head of the UAW’s Stellantis department, said in a statement Monday.

“The bargaining committee also fought hard to win dozens of demands that the members had submitted. This agreement will address these and many other issues that will benefit the Local 1166 members.”

Stellantis said in August that it was investing $99 million at three plants, including Kokomo Casting, to produce a new 1.6-liter turbocharged engine that has “flexibility for hybrid-electric vehicle applications.”

The engine blocks will be cast at Kokomo Casting, where more than $14 million will be invested to convert existing die-cast machines and cells for the new engine.

The next-generation engine will power two future hybrid models in North America and will be the first hybrid engine for the company in the region. Production is expected to begin in early 2025.

Stellantis and Samsung SDI said they will build a new battery plant near the automaker’s engine, casting and transmission operations in Kokomo as the automaker ramps up EV production plans.