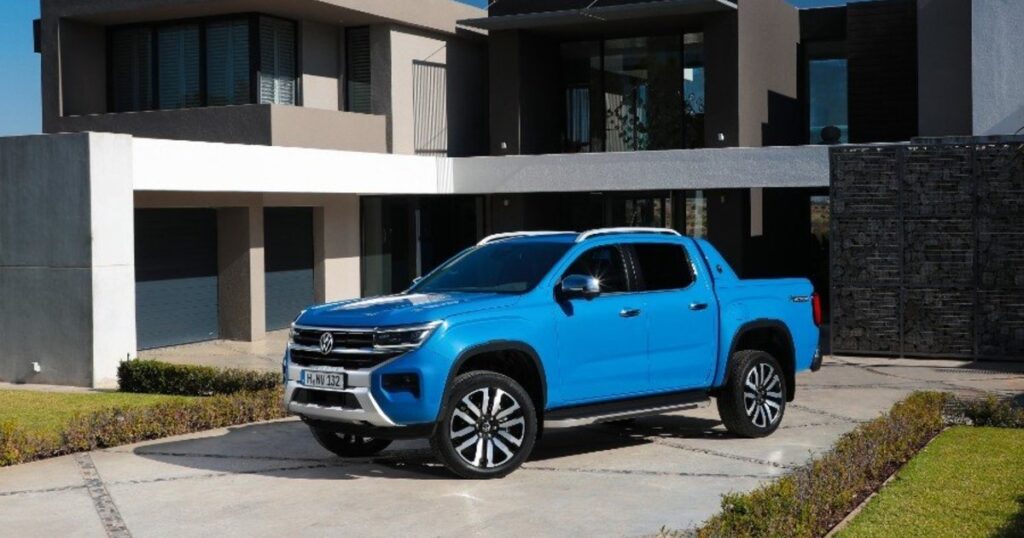 
VW has positioned the Amarok as a premium pickup, and has added safety and convenience features. Among them are more than 30 advanced driver assistance system functions, 20 of which are new to the Amarok, including park assist and speed assist.

Also new is the infotainment system, with an option of a 10- or 12-inch central touch screen, and a digital instrument panel 8-inch or 12-inch.

Other options include a premium Harman Kardon sound system, 21-inch alloy wheels, accessories including lockable toolboxes and bike brackets, and an electric cover for the bed.

The pickup is available in five trim levels, including an entry-level offering, followed by the mid-tier Life and Style models, a PanAmericana edition aimed at the off-road crowd, and the urban-oriented Aventura model with premium exterior and interior detailing.

Carsten Intra, the CEO of VW Commercial Vehicles, said the Amarok could be electrified in the future.

“What we have to do now is look into the markets to find when it’s the right timing to bring it to the market,” he said. “It’s an interesting field of action for the future.”

So-called 1-ton pickups are especially popular in Latin America and parts of Africa, but the market for them in Europe remains small. Recent entrants such as Renault, Fiat and Mercedes-Benz have abandoned their efforts after a single model, and Nissan has stopped selling the Navara, which was built in Spain.

The Ford Ranger and Toyota Hilux remain the market leaders, with the Mitsubishi L200 and Isuza D-Max also popular in selected countries.