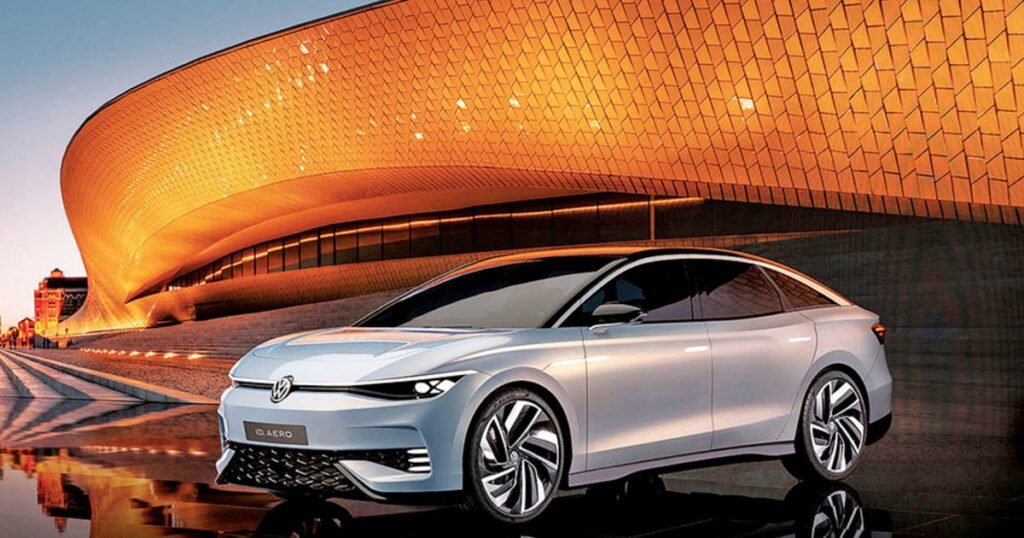 
Volkswagen may be cutting cars from its American lineup, but a new full-electric sedan, the ID Aero, is headed to the U.S., likely after it launches in China and Europe.

VW showed a near-production concept of the midsize sedan in China last week, ahead of a planned sales launch in 2023. It will be built in Germany and China, where cars remain popular and key entry points for many brands.

The aerodynamically optimized body has a low drag coefficient, 0.23, VW said. The exterior design includes illuminated touch surfaces in place of door handles, and a sloping roof, giving it a fastback look.

The concept is “a pretty accurate preview of the car to come,” said Stephan Wöllenstein, CEO of Volkswagen Passenger Cars in China.

The aerodynamic shape will help give the production version a range of up to 385 miles from a 77-kilowatt-hour battery, based on the Worldwide Harmonized Light Vehicles Test Procedure, VW said.