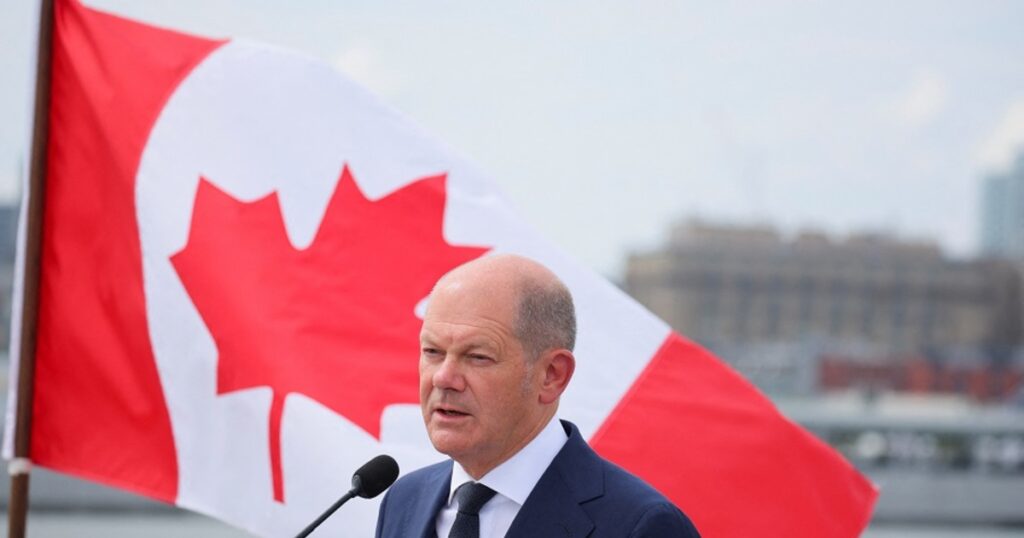 
Volkswagen Group and Mercedes-Benz Group have sealed agreements with Canada to secure access to raw materials such as nickel, cobalt and lithium for battery production, according to people familiar with the accords.

The memorandums of understanding will be signed Tuesday in Toronto, with German Chancellor Olaf Scholz and Canadian Prime Minister Justin Trudeau in attendance, said the people, who asked not to be identified discussing confidential information.

Germany and Canada plan to work together in “areas such as critical raw materials,” Scholz said during a news conference with Trudeau on Monday in Montreal.

“I am very happy that among the many, many declarations which are being signed during our visit, there are also those planned by Volkswagen and Mercedes, for example, in which a closer cooperation in this area will be sealed,” Scholz said.

VW’s agreement is designed to shorten supply chains for its facilities in the U.S. and avoid difficulties linked to tariffs and tax regulations, said one of the people. The move has partly been prompted by new rules that U.S. President Joe Biden signed into law last week, a source said.

A VW spokesperson said the automaker and its dedicated unit for its battery business, called PowerCo, are working on ramping up their battery activities, “especially reliable and sustainable supply chains.”

“This holds true for the very promising North American market as well,” the spokesperson said by email. A spokesperson for Mercedes declined to comment.

The Biden administration’s Inflation Reduction Act allows consumers to continue getting as much as $7,500 in tax credits for electric vehicles if manufacturers meet new content requirements. Minerals must be extracted from or processed in countries the U.S. has a free trade agreement with, and a large percentage of battery components need to be manufactured or assembled in North America.