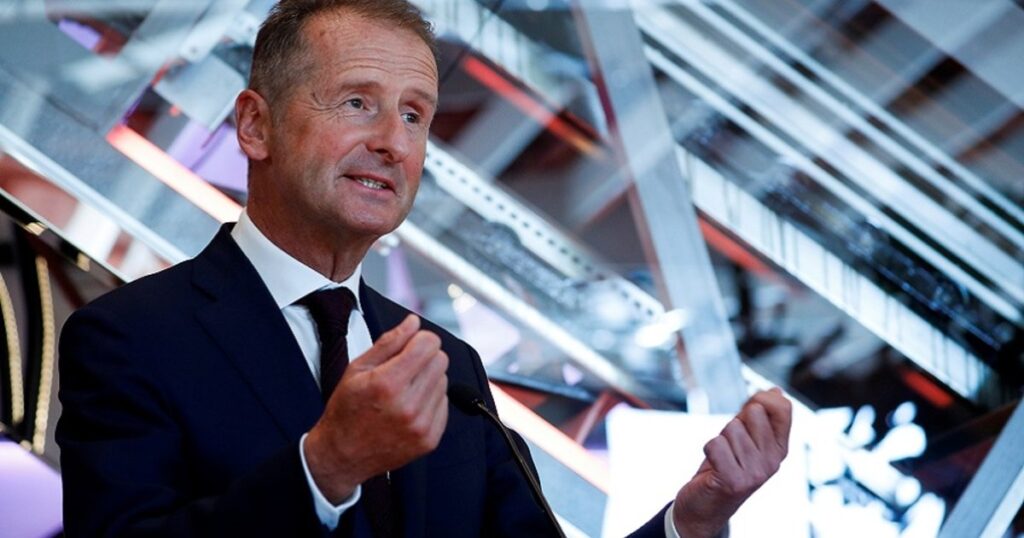 
FRANKFURT — Volkswagen Group CEO Herbert Diess is stepping down and Porsche boss Oliver Blume will take over Diess’s role, VW said on Friday in a surprise shake-up at the world’s second-biggest automaker.

Blume, who will continue his role as the head of the Porsche brand, will be flanked by VW’s current Chief Financial Officer Arno Antlitz, who will assume the position of chief operating officer.

Diess’ future at Volkswagen has been in doubt on multiple occasions during his four-year stint as CEO, most recently late last year over clashes with the company’s powerful works council about his electrification strategy and management style.

His departure comes as the company is pushing to beat Tesla to become the world’s top electric vehicle maker, catch up on software and execute an IPO for Porsche.

Diess, in a LinkedIn post before the announcement of his departure, said: “After a really stressful first half of 2022 many of us are looking forward to a well-deserved summer break.”

“My focus will be on the customers, brands and products,” Blume said in a statement.

Diess, 63, was hired away from BMW Group in 2015, shortly before VW admitted to rigging millions of diesel vehicles to skirt emissions rules. He’s arguably pushed the most aggressive electrification effort among legacy car manufacturers, earning plaudits from the likes of Tesla Inc. boss Elon Musk.

Blume, 54, has been touted as a potential successor to Diess for some time, even though any changeover was seen some time off after the outgoing CEO’s contract was extended until 2025. Blume started at VW as a trainee at Audi, then rose through the ranks at Seat and the VW brand before joining Porsche in 2013 as head of production.

Bloomberg, Reuters and David Phillips contributed to this report.