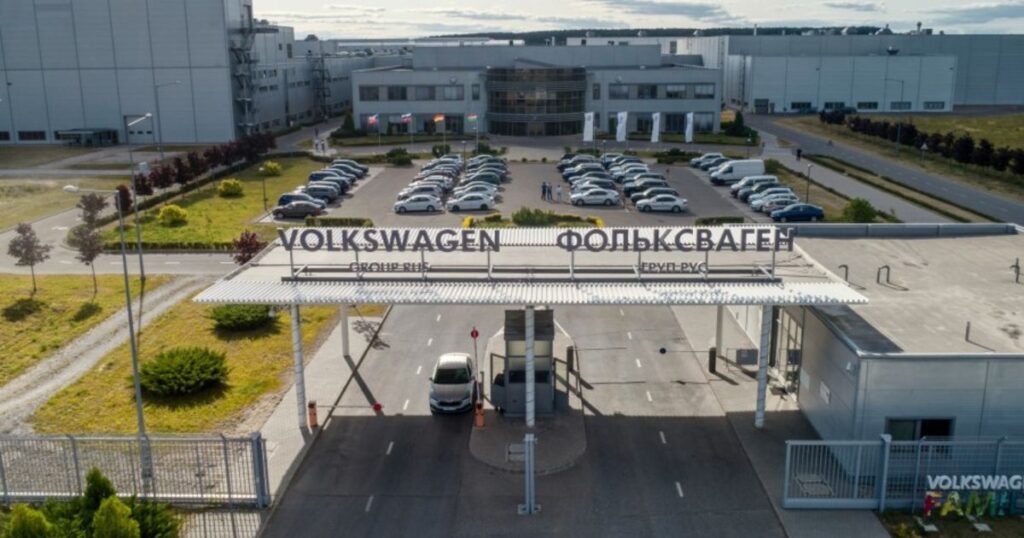 
BERLIN — Volkswagen Group is looking for an investor to take over its factory in Kaluga, southwest of Moscow, where production was halted soon after the Ukraine war began.

VW said it is looking at various scenarios for the future of its business in Russia and one option was to sell the assets to a third party. No decision has been made yet, VW told Automotive News Europe in a statement.

The potential sale was first reported by the German newspaper Frankfurter Allgemeine Zeitung.

“With each stage of escalation, the probability that we will be able to produce there again in the foreseeable future decreases,” one unnamed plant manager told the FAZ.

VW Group’s supervisory board has come to the realization that, under the circumstances, a hard break is the only option.

“There is a clear will for us to withdraw completely from the country,” FAZ quoted an unnamed source close to the supervisory body as saying.

The likely collapse in local demand, practical considerations and more reasons are all playing a role in the decision, the paper reported.

In June, Russia’s a senior official from the Industry Ministry reported that it expects car sales to halve in 2022 as the country’s automobile industry grapples with supply issues.

The festive opening of the plant in 2009 was attended by Martin Winterkorn, then CEO of VW, and—to a certain extent– Vladimir Putin, who hovered overhead in a helicopter and praised the “patriotic production” the German automaker had started in the country by building models such as the VW Tiguan and Skoda Octavia.

Shortly after the war began in February, VW had already halted production and sales in Russia. It ended its partnership with Russian automaker Gaz, which produced some VW models as a contract manufacturer at the small Nizhny Novgorod assembly plant east of Moscow.

The report is the latest in a series of business decisions automakers have been wrestling with since the start of the war, which has snarled supply chains and resulted in a wave of sanctions against Russia.

Last month Toyota said it would close its Russian plant in Saint Petersburg and may sell it. The plant builds the Camry and RAV4 but has not been producing cars since March.

Other industry giants remain hesitant to make a decisive move, including supplier Continental, which like VW operates a plant in Kaluga.

After an initial production stop, the Hanover-based corporation resumed tire production there. The reason given was to avoid “criminal consequences” for local employees.

The FAZ report said Continental sees itself harassed by the Russian judiciary, which insists that local demand be met.

Shunned by many suppliers since invading Ukraine, Russia is making efforts to step up domestic production in various sectors including the automobile industry.