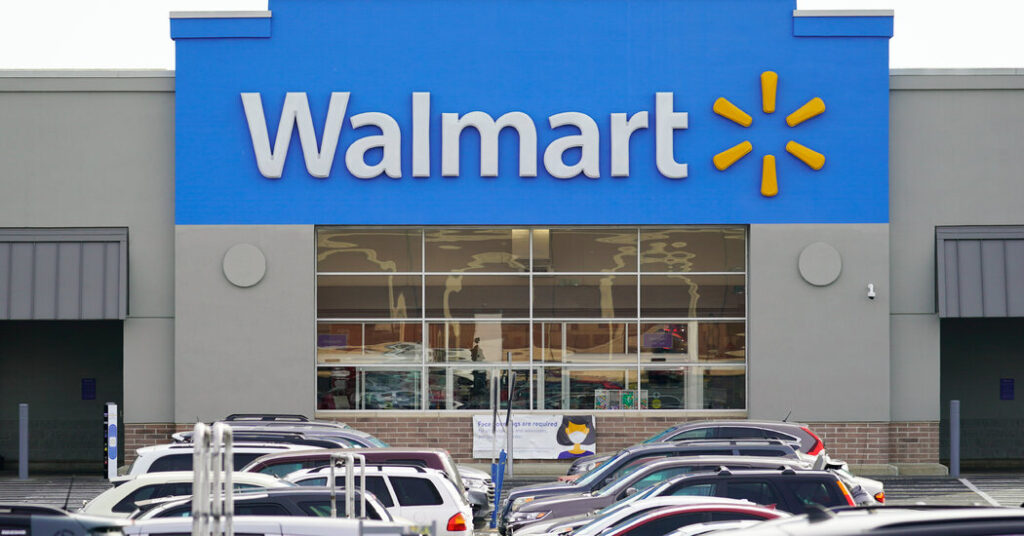 
Walmart lowered its profit outlook on Monday, saying inflation is pressuring its customers to make fewer purchases of general merchandise and to focus on necessities like groceries.

Walmart, the nation’s largest retailer, said it expected operating profits for the full year to fall by as much as 13 percent, as the company is forced to continue marking down inventory that isn’t selling.

Another factor narrowing profits: More of Walmart’s sales are coming from its less profitable grocery business instead of from departments with higher margins, such as electronics and clothing.

The announcement, which was made after the stock market closed and a few weeks before the company is set to report second-quarter earnings, is another sign of how inflation is squeezing consumers and upending businesses. The Federal Reserve is preparing this week to announce its latest interest rate increases to tame inflation, which has reached the highest levels in four decades.

“The increasing levels of food and fuel inflation are affecting how customers spend, and, while we’ve made good progress clearing hard-line categories, apparel in Walmart U.S. is requiring more markdown dollars,” Walmart’s chief executive, Doug McMillon, said in a statement.

Walmart’s stock price plunged more than 9 percent in after-hours trading, after ending the regular trading day only slightly in the red, down 0.1 percent. The shares of other major retailers, including Target, also fell after hours.

Retailers have been struggling with rising inventory levels since the spring, when customers began pulling back on discretionary spending. Last month, Target also warned that its profits would be lower because of inventory markdowns.

Initially, many companies attributed the glut of goods on their shelves to shipping delays that caused seasonal items to arrive late, after demand for them had faded. But, as inflation — particularly food and gas prices — has continued to climb since the spring, it has become clear that consumers are pulling back on certain purchases.

The inventory problems at the retailers follow nearly two years of strong sales and profits during the pandemic, when consumers, flush with government checks, were loading up on electronics and home improvement items.

The profit warning is a rare moment for Walmart, which even before the pandemic had consistently been increasing its profits as it expanded its online presence and redesigned its store network.

The inventory challenges that Walmart and other retailers have faced in recent months show how quickly inflation has gripped the economy and why the Federal Reserve is expected to act aggressively this week in trying to rein it in.

On Monday, Walmart said it had “made progress reducing inventory, managing prices to reflect certain supply chain costs and inflation, and reducing storage costs associated with a backlog of shipping containers.”

Despite the inflationary pressures, Walmart said it expected its total sales in the second quarter to increase 6 percent. But, because the company was selling more food and other groceries, it would nonetheless post lower profits.

PrevPreviousEnergy Department will lend G.M. and LG $2.5 billion to build battery factories.
NextBiden Tries to Persuade Americans That the U.S. Is Not in RecessionNext