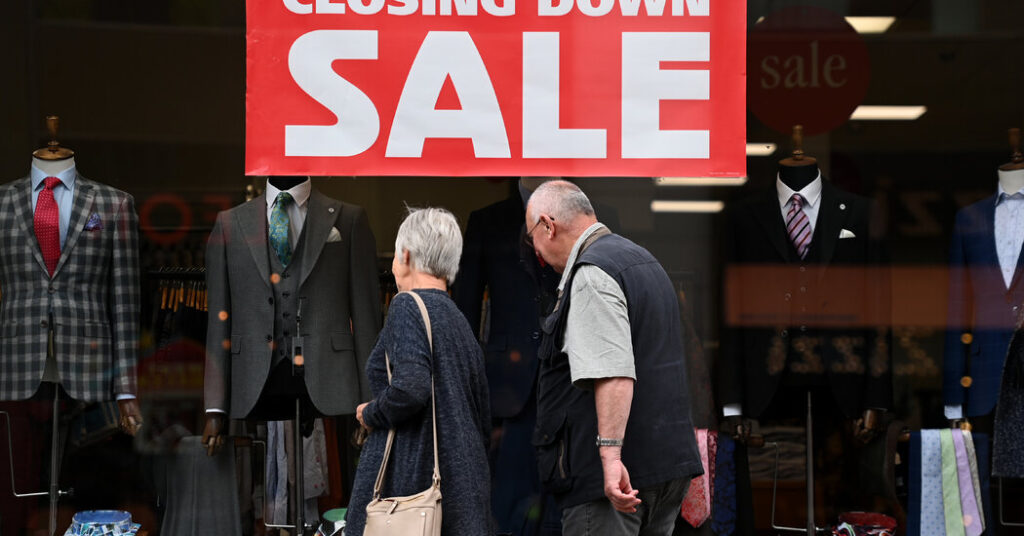 What people are saying about the chance of a U.S. recession.


From President Biden to Elon Musk to Cardi B, many are wondering if — or when — there will be a recession in the United States.

Last week, the stock market officially entered a bear market, a Wall Street term for a fall of more than 20 percent from a peak, after the S&P 500 recorded its worst week since the early days of the coronavirus pandemic in 2020. Inflation is at a 40-year high, interest rates are rising fast and signs of a cooling economy are showing up in retail sales, job ads and the housing market.

Bear markets often accompany recessions even though one does not cause the other. But when investors sour on stocks, worries about the economy are often a major factor.

Here’s what people on Wall Street, in the White House and beyond have recently said about the odds of an economic recession.

President Biden: “Nothing inevitable about a recession”

President Biden said a recession was “not inevitable” in an interview with The Associated Press last week and elaborated on Monday in response to questions from reporters. “I was talking to Larry Summers this morning,” he said, mentioning the former Treasury secretary, “and there’s nothing inevitable about a recession.”

Treasury Secretary Janet L. Yellen: “I don’t think a recession is at all inevitable”

Treasury Secretary Janet L. Yellen echoed the president’s points, saying over the weekend that a recession is not “inevitable” in an interview with ABC. She does, however, “expect the economy to slow,” adding that “inflation is unacceptably high.”

Elon Musk: A recession is “more likely than not”

Elon Musk, Tesla’s chief executive, said on Tuesday that “a recession is inevitable at some point.” More specifically, during an appearance at Bloomberg’s Qatar Economic Forum, he said: “As to whether there is a recession in the near term, I think that is more likely than not.” He also confirmed that Tesla would lay off about 10 percent of its salaried work force.

The possibility of a recession is increasingly likely, analysts at Goldman Sachs wrote in a report on Monday. “We now see recession risk as higher and more front-loaded,” they said, citing high inflation and energy prices. They downgraded their economic growth forecasts but aren’t predicting that the economy will shrink. They put the probability of a recession in the next year at 30 percent, up from 15 percent before, and the chance over the next two years at about 50 percent, up from 35 percent before.

Cardi B: “When y’all think they are going to announce …”

Cardi B, a Grammy-award-winning rapper, asked her 23 million Twitter followers this month what they thought about an impending economic downturn: “When y’all think they going to announce that we going into a recession?”