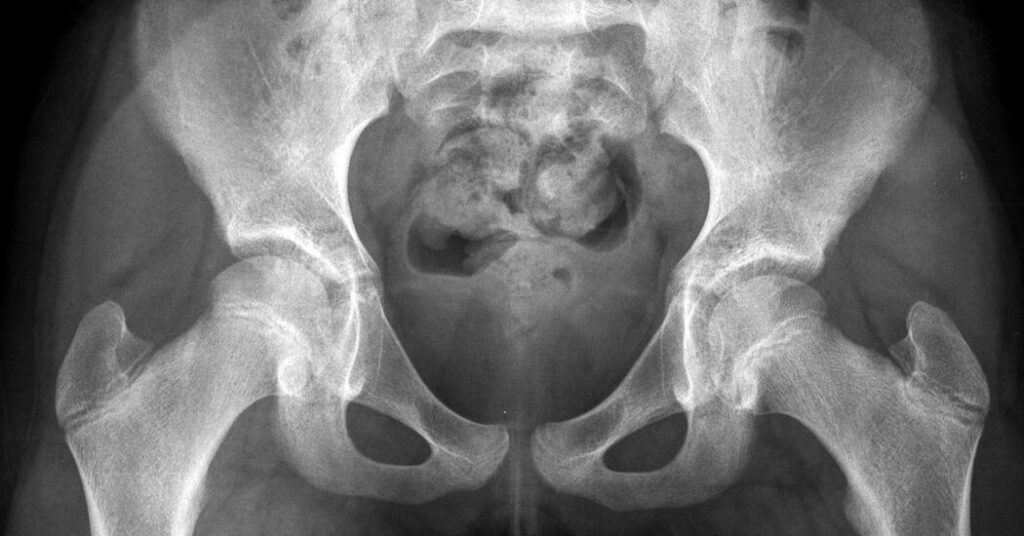 What Pregnancy and Childbirth Do to the Bodies of Young Girls


After the account a 10-year-old Ohio girl crossing state lines to get an abortion drew national attention last week, some prominent abortion opponents suggested the child should have carried her pregnancy to term.

But midwives and doctors who work in countries where pregnancy is common in young adolescent girls say those pushing for very young girls to carry pregnancies to term may not understand the brutal toll of pregnancy and delivery on the body of a child.

“Their bodies are not ready for childbirth and it’s very traumatic,” said Marie Bass Gomez, a midwife and the senior nursing officer at the reproductive and child health clinic at Bundung Maternal and Child Health Hospital in Gambia.

The critical issue is that the pelvis of a child is too small to allow passage of even a small fetus, said Dr. Ashok Dyalchand, who has worked with pregnant adolescent girls in low-income communities in India for more than 40 years.

“They have long labor, obstructed labor, the fetus bears down on the bladder and on the urethra,” sometimes causing pelvic inflammatory disease and the rupture of tissue between the vagina and the bladder and rectum, said Dr. Dyalchand, who heads an organization called the Institute of Health Management Pachod, a public health organization serving marginalized communities in central India.

“It is a pathetic state particularly for girls who are less than 15 years of age,” he added. “The complications, the morbidity and the mortality are much higher in girls under 15 than girls 16 to 19 although 16 to 19 has a mortality twice as high as women 20 and above.”

The phenomenon of young girls having babies is relatively rare in the United States. In 2017, the last year for which data was available, there were 4,460 pregnancies among girls under 15, with just under half ending in abortion, according to the Guttmacher Institute, which supports abortion rights and surveys clinics regularly.

But globally, complications relating to pregnancy and childbirth are the leading cause of death for girls aged 15-19, according to the World Health Organization.

Young maternal age is associated with an increased risk of maternal anemia, infections, eclampsia and pre-eclampsia, emergency cesarean delivery and postpartum depression, according to a 2014 evaluation published in the Journal of Neonatal-Perinatal Medicine.

Babies born to girls are more often premature and have low birth weight, said Dr. Willibald Zeck, the maternal and newborn health coordinator for the United Nations Population Fund, who frequently delivered babies for young mothers while working as a gynecologist in Tanzania and later oversaw maternal health programs in Nepal and the Philippines.

While a pregnant 10-year-old in Ohio might have access to prenatal care and a cesarean section that would blunt the effects of obstructed labor, the experience of pregnancy in a young girl is the same in India as it is in the United States, Dr. Dyalchand said. “The girls would go through more or less exactly the same kind of complication: The only difference is because of access to better health care they may not have the same kind of terrible outcomes. But that doesn’t mean that the girl’s body and her life doesn’t get scarred.”

Dr. Shershah Syed, a gynecologist and expert on maternal mortality in Pakistan, regularly provides care to pregnant girls as young as 11. He said good prenatal care can avert the development of a hole between the wall of the bladder or rectum and the vagina — called a fistula — which causes leaked urine or feces that is not only painful (the leaked urine causes burning sores) but also a source of enormous shame and humiliation.

But even good prenatal care cannot prevent the hypertension or urinary tract infections that are common in very young mothers, he said.

“In normal physiology a 10-year-old child is not supposed to be pregnant. The point is, she’s a child and the child cannot deliver a child, she’s not ready,” Dr. Syed said, adding: “And the mental torture she will go through, that is not measurable.”

In the cases he has seen, early pregnancy arrests the very young mother’s physical growth, and also often her mental development because many girls leave school and lose normal social interaction with peers, he said. But while an anemic mother struggles to carry the pregnancy, fetuses appropriate nutrients and continue to grow, until they have well surpassed what a young mother’s pelvis can deliver.

“They go to labor for three days, four days, five days, and after that labor, usually the baby is dead. And then when the head is collapsed, then the baby is delivered,” said Dr. Syed, who is one of South Asia’s pre-eminent experts on the repair of obstetric fistula, a common outcome of obstructed labor in pregnant girls.

In nearly all these cases, the girl has developed vesicovaginal fistula, a hole between the wall of the bladder and the vagina. In a quarter of cases, the prolonged labor will also cause fistula of the rectum, so that the girl constantly leaks both urine and feces.

If fistula sufferers learn that treatment is available and make their way to his clinic, Dr. Syed said he can repair the condition. But the process requires a long recovery: fistula of the bladder takes about five weeks to heal, while a rectal fistula needs four or five months.

In 1978, Dr. Dyalchand began his career in public health at a small district hospital in rural Maharashtra, on the western coast of India. In his first week, two young pregnant girls bled to death — one while in labor, the other at the entrance to the hospital, before she ever made it inside. It started him on a long career of working with communities to convince them to delay the age of marriage and first conception in girls.

That intervention has shown considerable success, and, Dr. Dyalchand noted, India has also been steadily expanding abortion access. The procedure is legal up to 24 weeks of pregnancy.

In Gambia, Ms. Bass Gomez said that her clinic is able to offer good prenatal care to pregnant girls, but that does little to blunt the larger trauma of the experience. Her clinic is designed to serve adults, she said. “But when you have a child walk in equally pregnant it’s really traumatizing for the child,” she said. “It’s not comfortable, that environment, it’s not set for them. You can tell they are struggling. There’s a lot of shame and disgrace.”