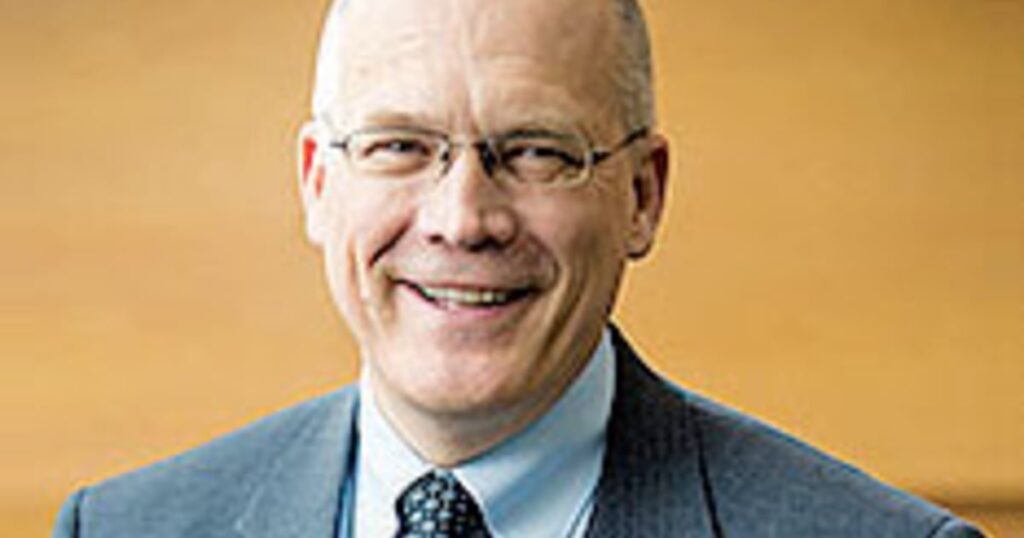 
Just before midnight on Oct. 6, 2017, my daughter, Katie Snyder Evans, was killed when a speeding drunken driver coming from the opposite direction lost control, hit the center median, launched into the air and came down on Katie’s vehicle crushing her.

Katie was 37 years old. Just seven weeks before her death, she had given birth to twin daughters who had been born prematurely and were still in the hospital the night Katie died. In fact, Katie had been on her way home from the hospital when she was killed.

A question gnawed at me for a year after Katie’s death: With all the safety tech and self-driving car systems out there, why can’t technology stop drunken drivers? That drunken driver should not have been able to steal Katie from us: her husband, Jacob; her newborn twin daughters, Hannah and Sarah; her four young sons, Spencer, Travis, Nathaniel and Gideon; and me and my wife, Claudia.

So, I asked automotive experts. Through my position as executive director of the Shingo Institute at Utah State University’s Jon M. Huntsman School of Business, I know lots of senior executives in the auto industry because those companies use the Shingo Model to drive excellence in their organizations. They confirmed that technology exists that could stop a drunken person from driving.

My daughter would still be alive if that technology had been installed, as it should have been years ago. But it literally took an act of Congress last year to require that technology in cars.

The Infrastructure Investment and Jobs Act included language directing NHTSA to initiate a rule-making process and set the final standard within three years for passive impaired driving safety equipment on all new vehicles. Automakers then have two to three years to implement the safety standard. I worked closely with Mothers Against Drunk Driving to help make that new law a reality because no parent should have to lose a child to a drunken driver.

Now, as we wait for NHTSA’s rule-making process, I am profoundly saddened to see that crashes like the one that took our Katie from us have increased.

While America’s seven consecutive quarters of traffic fatality increases appeared to reverse course in the second quarter of last year, according to new data from NHTSA, the big picture remains unacceptable. Traffic fatalities are still dramatically higher than they were a decade ago. As U.S. Transportation Secretary Pete Buttigieg has stated, we are facing “a national crisis of fatalities and serious injuries.”

Those aren’t just statistics. They’re people — thousands of Katies who were precious to their loved ones.

NHTSA must act immediately on Congress’ mandate to get existing technologies into cars. Three types of technology already exist to eliminate drunken and impaired driving:

1. Driving assistance systems that monitor the vehicle movement with systems such as lane departure warning and collision assist

2. Driver monitoring systems that monitor the driver’s head and eyes, typically using a camera or other sensors

3. Passive alcohol detection systems that use sensors to determine whether a driver is drunk and then prevent the vehicle from moving.

Examples of existing systems abound from Volvo, Hyundai, Nissan, Toyota, Subaru and others.

I was elated to see the National Transportation Safety Board’s recent strong statement of support for in-vehicle alcohol-detection technology and exploration of other technologies such as driver monitoring.

As NTSB Chair Jennifer Homendy said, “we need to implement the technologies that we have right here, right now to save lives.”

Every 45 minutes in the U.S., a person dies in a drunken driving crash. And every 2 minutes a person is injured.

There’s no time to lose. You think it’s never going to happen to you — until it does.