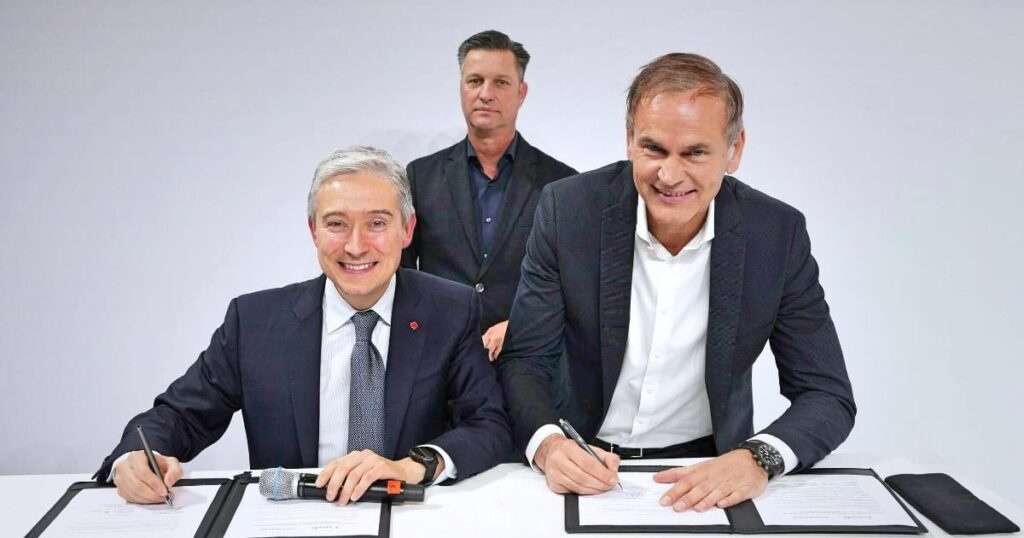 Why Volkswagen sees Canada as a ‘logical option’ for a ‘gigafactory’


Ontario and Quebec have mostly clean hydro-electric power generation with significant capacity. If Canada wins the plant, it will likely be somewhere between London, Ont., and the western Greater Toronto Area, said Sweeney.

“We know of two large parcels of land available for industrial development — one in St. Thomas and one in Hamilton,” he said. “This part of the province also has the transportation infrastructure and work force necessary for such a large investment. It is also close enough to the VW plant in Tennessee.”

Last year, the automaker’s Chattanooga facility built 112,123 of the 544,031 vehicles the automaker produced in North America, according to the Automotive News Research & Data Center. The plant assembles the Altas and Atlas Cross Sport large crossovers and the ID.4 EV compact crossover.

In a Dec. 13 tweet, Ontario Industry Minister Vic Fedeli said he and Premier Doug Ford had their third meeting since April with Volkswagen and PowerCo executives. They discussed “how Ontario is lowering the cost of doing business by $7 billion annually,” Fedeli said.

If VW chooses to process critical battery minerals in Canada, “it’s probably better to do that in Quebec given the cost and source of electrical power,” he said.

Volpe expects VW to announce a decision on the winning site during the first half of 2023.

Sweeney said the plant would likely be about half the size of the $5-billion battery-cell plant slated for Windsor, Ont. That joint venture between Stellantis and LG Energy Solution is expected to employ at least 2,500 people and have the capacity to supply 450,000 100 kilowatt-hour packs per year.

“Based on VW’s U.S. production, we would expect this to be smaller than the LG-Stellantis plant in Windsor… although it would still be a significant investment,” Sweeney said. It would generate “at least 1,000 jobs, probably more, and many of these jobs would be in engineering/technical fields.”

VW’s announcement of a site search in North America also included a commitment to extend its partnership with the Belgium-based battery-materials supplier Umicore NV. In September, the two companies formed a joint venture in Europe to produce cathode active material (CAM), a key ingredient in battery cells. They plan to jointly invest three million euros to produce CAM for 2.2 million VW vehicles in Europe annually by 2030.

The collaboration is poised to cross the Atlantic as VW pursues cell production in North America. On Dec. 1, the companies signed an initial, nonbinding deal to work toward a firm supply agreement for CAM for up to 550,000 North American vehicles annually by 2030.